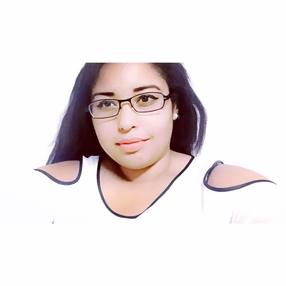 Zana Kristen Wade is a 21 year old Belizean whose passion lies with the United Nations
Sustainable Development Goals (SDGs). Her background is in Natural Resource
Management from the University of Belize where she has worked with everything from
megafauna surveys, lionfish management, avian assessments to protected areas
management.

In 2016,  Zana represented her country at the first ever World Merit 360
program. A program tailored for individuals between the ages of 18-35 working together to
tackle the SDGs. Zana and 22 other change makers from around the world created a
project titled The Climate Express which represented SDG 13: Climate Action and was
presented to the United Nations at its Headquarters in New York in September 2016.
In January 2017 she was then sent to Boston, USA to represent her SDG team at World
Merit’s Hackathon in order to develop The Climate Express further. She also maintains the
title of Belize’s National Country Council President for World Merit and will be representing
the National Council at the Country Council Cup which will beginning with a President’s
meeting in Portugal this June 2017 and convene in Morocco in December 2017.

Zana now works as a communications consultant under the Biodiversity Finance Initiative - BIOFIN which is managed by the United Nations Development Programme (UNDP), in partnership with the European Union and the Governments of Germany and Switzerland.
This initiative looks to develop a new approach and methodology for leveraging increased biodiversity investments. She has also been working with the Government of Belize under the National Protected Areas System Secretariat as a short term communications
consultant under the project “Strengthening the Financial Sustainability of the National Protected Areas System.”

All she is seeking is a challenging career that utilizes her skills in her area of competence and enriches her knowledge, whilst giving her a chance to be part of a team that contributes towards the growth of a community, thereby yielding the twin benefits of job
satisfaction and sustainable development. Lastly she would like to give back to her community through youth involvement, conserving her environment and ecosystem.