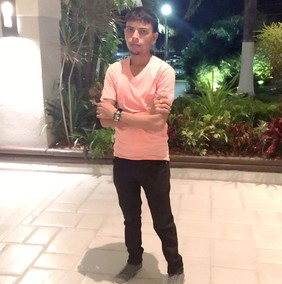 Govindra Punu was born in a rural farming area Cane Grove in Guyana and is a holder of a Bachelor’s of Science in Biology. He did his undergraduate thesis in Earthworm taxonomy and Biomedicine at the University of Guyana, Georgetown.  He also graduated with a Diploma in Microcomputer studies at Computer World and has been trained by the Pan American World Health Organization in Basic Medical Entomology. Govindra also pursued lessons with the London School of Hygiene and Tropical medicine on how to prevent the Zika virus by understanding and controlling the Aedes mosquito.
Currently he is a supervising Biologist of the Entomology Department at the Vector Control Services, Ministry of Public Health, Guyana. His major responsibilities are to make decisions ranging from day to day operations, control the handling of materials, decide on the type of training programs for personnel, laboratory tests to be done and field research activities to be carried out. Govindra also advises technical and non-technical staff from local and international agencies on vector control matters.
His undergraduate exposures on the exploitation of wildlife and natural resources are stepping stones towards his commitment to become a conservation biologist. Also his experiences at the vector control services have motivated him to focus on the impact of vectors borne diseases on human inhabitants intermingled with wildlife population and natural resources in Guyana. He is committed to create a link between vector control and conservation networks in his country. As a young conservationist he is determined to find possible solutions to fill the gigantic gap between vector controlling and conservation systems. Govindra desires to make changes toward new conservation paradigms in Guyana.