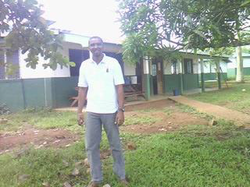 ﻿Rickey Nathaniel Monroe Forbes was born in Rosita, Autonomous Region of the Southern Caribbean Coast. He studied as an Engineer in Agroforestry at the Regional University URACCAN and participated in the establishment of artificial islands by dredging Bluefield’s Bay and planting mangroves.
​
Currently Mr. Monroe is working as coordinator of a regional environmental project that seeks the implementation of a national strategy on climate change in the country. He also worked as part of the technical team in the Atlantic Biological Corridor project where they developed community plans in a participative manner in both regions of the Caribbean coast of Nicaragua.