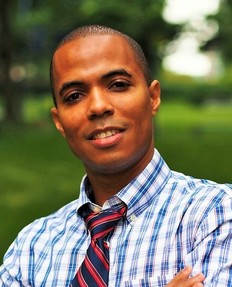 Dr. Leo R. Douglas  is a visiting scientist at the American Museum of Natural History (AMNH), New York City, a research scholar in the Department of Geography/Geology, and honorary research fellow in the Institute for Sustainable Development (ISD) here at the University of the West Indies, Mona. Leo holds a Ph.D. and an environmental policy certificate from Columbia University, New York City. His work is best described as Animal Geography as it is situated within the complex nexus of human-animal relations as this relates to space, place, environment and society. Overall he describes his research interests as located at the intersection of conservation biology and conflict & peace studies. Leo conducted research about the underpinnings of social conflict surrounding threatened parrots used as conservation flagships in the Caribbean for his Ph.D. He has taught about conservation conflicts and biodiversity at Columbia University and Bard College in New York.

Leo is currently president of Birds Caribbean, the largest single organization devoted to wildlife and habitat conservation in the Caribbean region. He was a recipient of the Government of Jamaica’s Millennium scholarship in 2001, an OAS Organization of American States Fulbright Scholarship in 2004, and an American Museum of Natural History International Graduate Student Fellowship in 2006. Leo has won best presentation awards from both the University of the West Indies (2001) and from the American Museum of Natural History, New York City (2010). His work has been published in the journals: Biodiversity and Conservation, Biotropica, Environment and Society, and Biological Conservation.