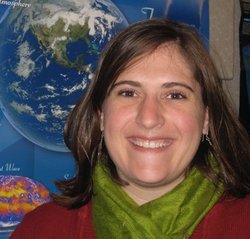 Michelle Benham is marketing director at the Full Frame Documentary Film Festival. She is interested in connecting people through storytelling. Michelle founded Longleaf Films in 2015 and produced Faith in Solar, a short film about the phenomenal impact communities of faith are having on the push for making renewable energy accessible in North Carolina.

With a background in science and conservation, her goal is to create meaningful and accurate content that is entertaining, inspiring and informative. Michelle has written, directed and produced award-winning videos for nonprofit, corporate and government clients for broadcast, web and education. She has worked for Discovery Learning Alliance and NASA, where she led comprehensive multimedia strategy and implementation for Operation IceBridge, the largest airborne mission to measure sea and land ice at the Earth’s poles.

Michelle was a member of the 2009-2010 class of the Emerging Wildlife Conservation Leaders.  Her group successfully raised over $18,000 for habitat protection, ranger training and capacity building for conservation of the endemic Yellow-headed parrot in Belize, thanks in part to a groundbreaking 5-minute video aimed at educating Belizeans about the plight of the bird and the negative effects of poaching nests. The video captured footage of Yellow-headed parrot chicks in the wild for the very first time.

She holds a BS in ecology from the University of Georgia and a MFA in Film & Electronic Media from the Center for Environmental Filmmaking at American University in Washington, DC. She is thrilled to live in Durham, NC with her husband, their two children, and their cat, Biscuit.