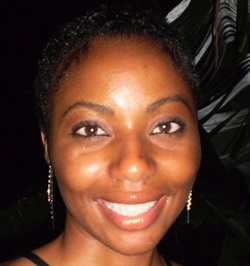 ﻿Nicola Smith is a Ph.D. candidate in Biology and a member of the Earth to Ocean Research group at Simon Fraser University in British Columbia, Canada. Broadly speaking, Nicola is interested in biological invasions and coral reef fish ecology. Invasive species are one of the greatest threats to biodiversity worldwide while coral reef fishes are vital to the ecology and economy of island states. Nicola’s current research occurs at the intersection of these topics by examining the Pacific lionfish invasion in the Caribbean and its effects on natural and social systems. Using field experiments, socioeconomic surveys and discrete choice modeling, she aims to quantify the ecological and socioeconomic impacts of the invasion in small-island states. She also aims to assess the ecological viability of various lionfish control options.

Nicola is a Bahamian citizen and was the experiment coordinator for The Bahamas Lionfish Control Pilot Project in 2010-2013. The pilot project was part of a regional initiative involving five Caribbean countries, called “Mitigating the Threats of Invasive Alien Species in the Insular Caribbean” (MTIASIC). The MTIASIC project was funded by the Global Environment Facility/United Nations Environment Programme (GEF/UNEP), and aimed to build capacity in the Caribbean to address the threats posed by invasive species through information sharing and the development of country-specific pilot projects, which focused on early detection and rapid response, control, eradication, or preventative measures for high priority invasive species.